You may have wagered on the Super Bowl coin toss before. But we are guessing you probably have never wagered before on a coin toss in space!

But that is exactly what a couple of major US sportsbooks are offering action on. That’s right, a coin toss in space (everything sounds cooler when you add “in space” on the end, doesn’t it?). 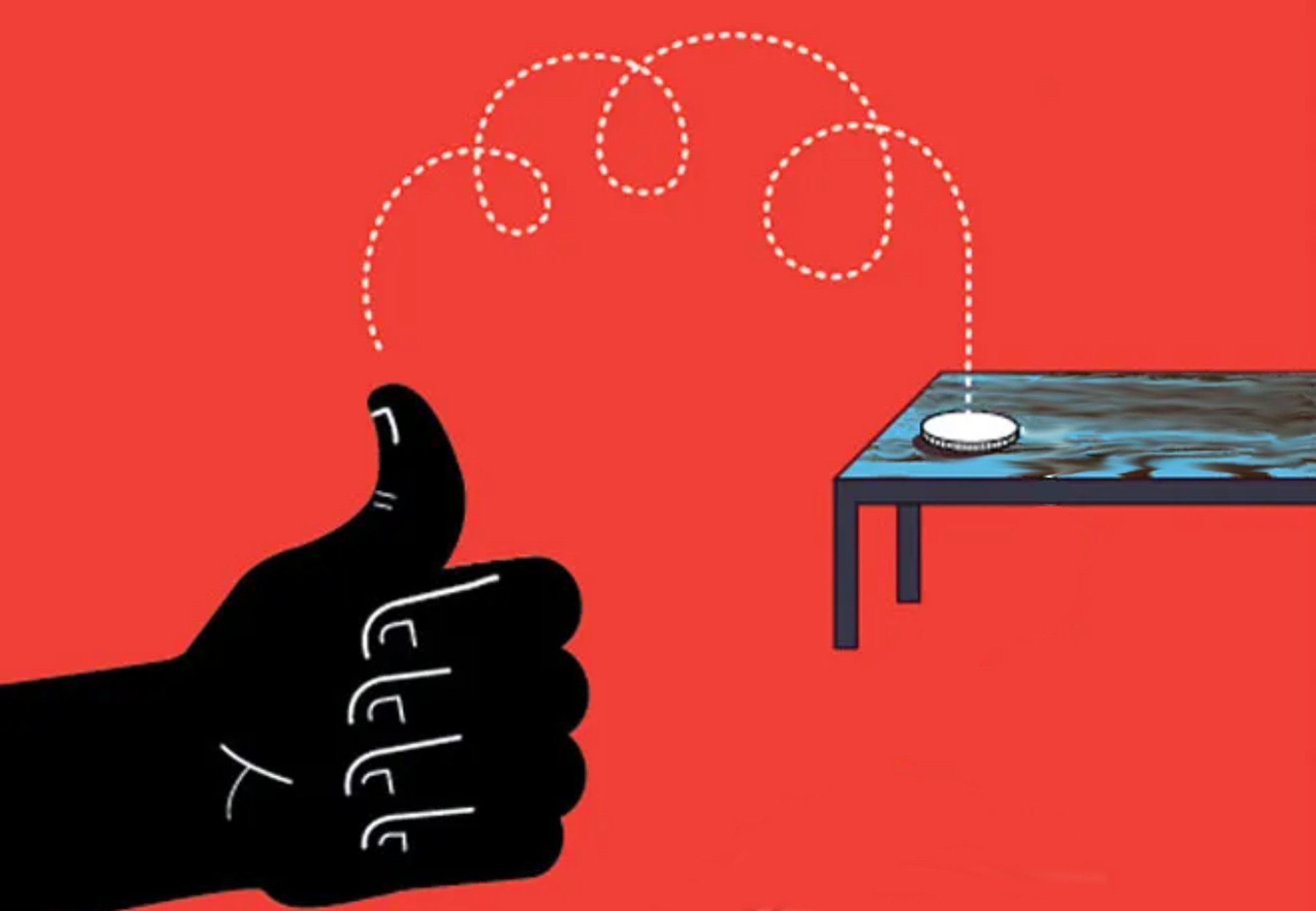 We can hear them now –
“Here’s an average old coin toss. What can we do to really spice it up?

This is a special wager, so it is not always available. But from what we can tell, it has already happened multiple times this year. So, it could become a quasi-regular thing going forward. We really do not know.

Regardless, we are going to assume that betting on coin flips in space will happen multiple times in the future.

This guide will tell you where you can go to wager on coin flips in space. We will give you as many details as we have about how this works. Then, we will go over strategic considerations for making a bet on a space-based coin toss. Let’s blast off.

Who is Offering Wagering on Coin Flips in Space?

At the time of this writing, the two sportsbooks we see offering action on coin flips in space are BetOnline and SportsBetting.

This makes sense, considering that both of these online sportsbooks are owned and operated by the same company.

Both of these websites currently have coin flips in space listed under “Main Sports.” Read down through the list until you see where it says “Bet in Space.”

Clicking on “Bet in Space” brings up the next available selection. At the time of this writing, that is a “Coin Flip From Space” for May 6th, 2022.

Naturally, there are two options to choose from: heads or tails. The odds listed for both are -105. If you aren’t really sure exactly what that means, that’s okay! Just click here to learn more about odds!

BetOnline and SportsBetting offer wagers on coin flips in space. If additional sportsbooks start offering this kind of action in the future, we will update this list.

When Can You Place Bets in Space?

So far as we can tell, this may have already happened twice this year alone!

One website mentions that BetOnline did a coin toss from space on February 13th, 2022 for Super Bowl LVI.

We also found a forum mentioning that there was another coin toss in late March (we are not sure of the exact date) in space.

It makes sense that BetOnline would allow wagering on a coin flip from space on Super Bowl Sundays. As to the selection criteria for the other days, we are not sure. We are guessing it just comes down to “when is someone available to flip a coin in space?” Astronauts do have other responsibilities, after all.

So, if you want to make one of these wagers, you will just need to swing by BetOnline or SportsBetting occasionally to check if any space-based action is available.

At this point, we have no idea if there is a predictable pattern to when coin toss in space bets become available. We just know that sometimes they are available.

What are the Details on Coin Flips in Space?

If you are like us, you probably are dying for more details on how these coin flips in space are working.

Alas, there is not a lot of info available. The BetOnline website simply says, “A coin flip will take place from Outer Space. Can be seen on our YouTube Channel.”

Alas, this leaves us with many unanswered questions, such as:

You might also have some additional questions we do not such as, “Wait, is this actually for real? Are they really doing this from space?”

We can assure you that the coin toss will happen in space. The folks who run BetOnline and Sports Betting have a trusted, solid reputation.

Alas, there are not a lot of details on how and where the coin tosses in space happen. We wish we knew because we are curious, but we trust the sportsbooks offering these bets to be fair. We have been working with them for years!

What Strategy Should You Use to Wager on a Coin Toss in Space?

Now you know what we know about the coin tosses in space, which is to say, not much. Still, you know one thing, which is that betting on anything happening in space is awesome.

Your next question is probably, “Is there a special strategy I can use?”

You may be wondering whether the fact that the coin toss is happening in space changes anything about the 50/50 chances of the coin landing on heads or tails.

Well, it may intrigue you to know that there was once a Super Bowl coin flip in space. You can read an article from 2010 here about the coin, which was for Super Bowl XLIV (Colts vs. Saints).

We’re willing to bet that this guy wouldn’t look so bored if he were out in space!

You can even see what a coin toss in space looks like by watching a video of the event. Engineer Leland D. Melvin tosses the coin, which flips over itself in a manner similar to what you would expect in normal gravity conditions.

But unlike in normal gravity conditions, it just. Keeps. Going. “The coin’s gone,” declares Melvin at the end of the video.

Instead, the coin was tossed in space, and then dropped off at the Sun Life stadium in Miami to be used there in the official Super Bowl coin toss.

This raises a lot of additional questions for us. How exactly do these BetOnline space-based coin tosses conclude? Obviously it is a simple matter to flip the coin. But where, how, and when does the coin “land?”

Again, we trust that the coin tosses are fair, because these are solid bookies. We just wish we had more details!

Regardless, we do advise that you think of this coin toss like any other. You will notice BetOnline and SportsBetting provide the same odds for heads or tails. That tells you that they likewise feel that there is a 50/50 chance of either.

But wait—is there really a 50/50 chance of heads or tails with any coin toss, space-based or otherwise?

You may be startled to learn that there are a couple of factors that influence coin toss outcomes.

Smithsonian Magazine writes, “Most games of chance involving coins aren’t as even as you’d think. For example, even the 50/50 coin toss really isn’t 50/50 — it’s closer to 51/49, biased toward whatever side was up when the coin was thrown into the air.”

The type of coin that is tossed has an effect too. Smithsonian Magazine continues, “Spinning a penny, in this case one with the Lincoln Memorial on the back, gives even more pronounced odds — the penny will land tails side up roughly 80 percent of the time. The reason: the side with Lincoln’s head on it is a bit heavier than the flip side, causing the coin’s center of mass to lie slightly toward heads. The spinning coin tends to fall toward the heavier side more often, leading to a pronounced number of extra “tails” results when it finally comes to rest.”

Obviously a penny is not going to be used for the coin flips in space, because the sportsbooks know that using one would really throw off the odds.

As far as what side is up when the coin toss ensues, well, there is probably no way of figuring that out.

If you happened to know who was tossing the coin, and had some personal knowledge that the person in question just so happens to always start their coin tosses on heads or tails, then maybe that would give you a fractional edge.

But we doubt you have that information in this scenario. Plus, a lot of people do not pay close attention to whether a coin is on heads or tails at all before they flip it. 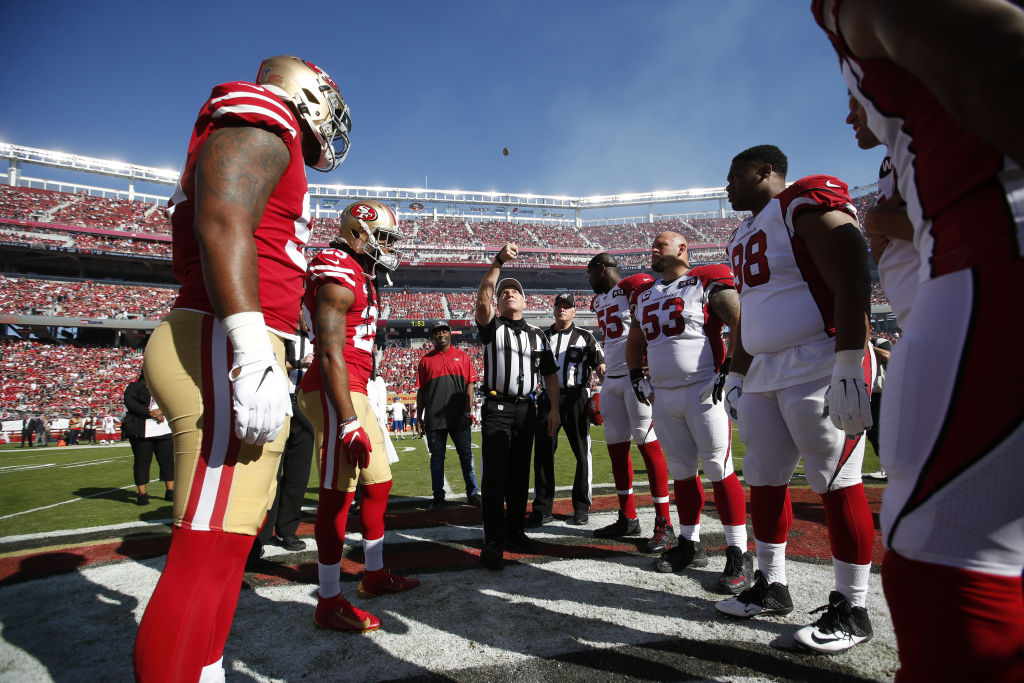 Perhaps the most important coin toss of the year right here!

In conclusion, no – there is really no strategy you can employ to give yourself a better than 50/50 chance of winning the coin toss in space bet.

But, hey! Sometimes it is nice to be able to place a bet 100% for fun. Think of it as a chance to take a break from all the hard work of sports betting analysis!

There is no way to get an edge when wagering on a coin toss—even one in space.

Bet on Coin Flips in Space

You have to be filthy rich to ride into space as a tourist—but you do not need to be rich to slip the surly bonds of Earth with your betting! There are some obvious links here to a couple of our most trusted sites, so if you are ready to make a wager that is truly out of this world, just click on one, (or both of them!) to check them out and get in on the action!