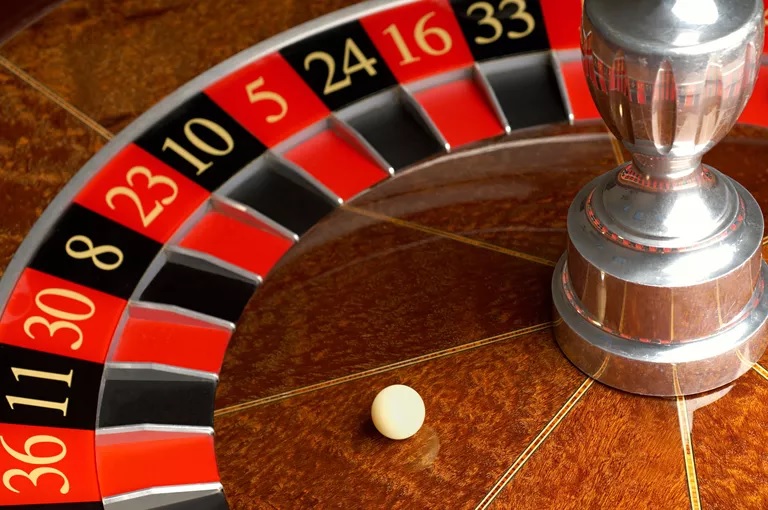 If you’re trying to profit from sports betting, it’s imperative to understand the betting biases. There are flaws in human thinking which could lead to bad decision making. See if you’re making any of these common mistakes.

Do you have a tendency to bet on the underdogs? Well, you might be falling into what they call the ‘favorite-longshot bias.’

This is a betting bias where people are more likely to overvalue longshots/underdogs and undervalue the favorites. There’s plenty of good evidence that shows this fallacy exists, for example:

This was taken from Pinnacle’s tennis betting market. As clearly evident, the bigger the underdog, the lower your returns will be.

On top of all this, some bookmakers take advantage of this fallacy.  They may add extra juice on the underdog.

This means they will get a bigger cut of the bet when people bet on underdogs. For this reason, not only is it imperative to understand the favorite-longshot bias, but to also know how to calculate margins/juice.

Once you’ve understood how to calculate margins, check out our reviews page to find out which sportsbooks offer the most competitive margins.

The Law of Small Numbers

The law of small numbers is a judgmental bias. This is where people assume that a small sample size is characteristic of the whole population. The best examples of this are tipsters:

Professional tipsters have made hundreds of bets and gained a profit from doing it. They sell their advice to beginners, telling them who to bet on so they can profit too. There are very popular tipsters out there, sometimes with hundreds or thousands of customers.

Most people underestimate the power of sheer luck. They believe that these tipsters have found a formula to gain an edge over the sportsbook. Maybe some actually do, but most of these tipsters are only winning due to sheer luck.

That is why, an understanding of the law of small numbers is so important. Understand when a sample size is too small (often times they can seem quite large, like in the example above). And never underestimate the power of sheer luck.

It’s quite common for people to have an illusion of control over completely random events. Take for example, choosing lottery numbers. Some people prefer to choose their own numbers to have a greater chance of success rather than have it completely randomized, even though both outcomes produce the same odds.

The illusion of control applies to casino games such as roulette where choosing your own numbers don’t matter. However it can also apply to sports betting:

In sports betting, people feel as though they have an edge over the house, because the true probabilites of a team or player winning the match is unknown and bettors can set their own odds.

With casino games, this is the opposite, since the house knows the probability of winning in games (like roulette) and can take cuts which result in the house always winning.

In sports betting, it’s possible for people to calculate the true odds better than the house. But how likely is this? And how much control do they really have?

The answer: not as much as they think.

The way sports bettors make their prediction is based on what they’ve seen from one side in the past. Take for example MMA: they calculate odds for an upcoming fight based on how well a fighter has performed in their previous fights. The bettors take stats such as striking accuracy, takedown accuracy, knockdowns and try to incorporate it into their predictions by finding correlations.

However, what if the fighter’s previous performances are only 30% indicative of what they’re capable of? Considering you only know 30% about a fighter, and 30% about their opponent, all of a sudden the bettor doesn’t have as much control as they thought.

A bettor will have a much easier time predicting a fighter that’s been around for a long time and has shown a lot about themselves in their previous fights… At the same time, other bettors and bookmakers will have the same advantage, so it comes down to who’s the most skilled.

One of the most basic mistakes a bettor can make is improperly managing their bankroll. This is how the gambler’s ruin can take effect.

If a gambler wins a bet and they raise their next bet to a fixed fraction of their bankroll, they will eventually go broke if they don’t lower their bets when they lose. This applies even if there’s a positive expected value for each bet (which is never the case).

Another variation of the gambler’s ruin is that in a fair game, if a gambler is persistent, he will eventually go broke against an opponent with infinite wealth (the house can be assumed to have nearly infinite wealth). This is why it’s super important to manage your bankroll properly and focus on making sensible bets rather than a large quantity of bets.

The recency bias is also called the availability heuristic. It simply means that recent events are easier to recall. Hence people will place more weight on recent events than past events.

A bettor might overestimate a fighter because they won their last fight, not putting as much thought into their previous losses. It’s important to understand the recency bias so that you don’t fall into the same line of thinking.

Another way bettors can be biased is from the outcome of an event. If a fighter wins a fight by brutal knockout (something along the lines of Ngannou vs Overeem) then that knockout becomes the forefront of everyone’s mind. Bettors end up overestimating the fighter simply because of how brutal the knockout was.

Make sure to pay attention to when this betting bias occurs so you can take advantage of it!

Overall, these are just a glimpse of the most common biases that can occur in betting. There’s a plethora of other pitfalls in human thinking including gambler’s fallacy and dozens of memory biases. It’s important to have a look at those as well.

One of the best ways to gain a profit from sports betting is by taking advantage of the great promotions offered by the numerous sportsbooks. Click here to see the current promotions available.
Posted in Top Lists and tagged bias, heuristics, sports betting
Latest &Greatest