One of the most popular types of wagers you can make in football is betting on totals – the over or under.

You can place them at all of the top online sportsbooks: (my reviews)

These bets are simple and quick to make, and a lot of fun. Even better, you don’t have to know much about the sport you’re betting on to have a fair chance of winning.

Having said that, there’s an art to making smart over/under bets. This guide provides a crash course. You’ll learn how totals betting works in the NFL, how the numbers are chosen by bookmakers, and how to use the point spread along with totals to improve your odds of winning.

In short, you’ll learn everything you need to know to place intelligent, informed over/under football bets at your favorite sportsbooks.

A Guide to How Football Over/Under Betting Works

You’ve no doubt seen how the spread, or moneyline, works in sports betting. It can seem confusing if you’re just getting started. The good news about totals betting is that it’s much simpler.

Here’s how it works:

As its name implies, you’ll be working with game totals. Oddsmakers forecast the cumulative points that’ll be scored by both teams in a given game.

It’s up to you to predict whether the actual number of points scored will end up over or under the forecast number.

It’s easy to know whether you’ve won or lost. Simply compare the cumulative points scored during a game against the over/under (O/U) in light of which side you bet on.

It’s sometimes possible to know whether you’ve won before a game even ends. For example, suppose you bet the over on a game, and the game turns into a shooting match. The teams’ combined points might outstrip bookmakers’ forecasted total with time remaining in the 4th quarter.

Why Over/Under NFL Betting Is So Popular

Totals betting is drop-dead easy. That alone appeals to a lot of sports bettors.

Some folks grow weary of the work involved with spread betting and are attracted to the simplicity of totals betting. Others are new to sports betting; they’re drawn to over/under types of bets because it’s a less complicated entry point.

Another reason over/under betting is popular in football is because you’re not forced to choose a team. In fact, you couldn’t care less which team wins. The only thing you’re interested in is the sum of the teams’ points, and whether that sum is consistent with your bet.

Yet another advantage is that bettors aren’t required to know anything about the individual players to make smart wagers. They don’t need to spend their nights and weekends analyzing player matchups and crunching data.

You now know why so many sports bettors love betting on the over/under in the NFL. Let’s take a look at how bookmakers’ choose the totals.

I mentioned above that you don’t need to do a ton of research or analysis to get started with totals betting. The reason is because bookmakers do it for you. During the process of setting the O/U, they consider the following factors, from both a team and player perspective:

There’s a lot more to it, but that gives you an idea about the level of research that goes into choosing totals.

Like setting point spreads, bookmakers have to get the numbers right to ensure they don’t lose their shirts. They have considerable skin in the game. It’s in their interest to calculate totals that draw an equal number of bettors to both sides of the forecast totals.

Remember, bookmakers make their money on commissions, not game outcomes.

What Are Typical Payouts For NFL Over/Under Bets?

Straight over/under bets pay out close to even money. For example, if you wager $20 on the over for a game between the Steelers and Ravens, and their cumulative points exceed the forecast, you can expect to receive $40 less the vig. Likewise if you bet the under and the teams’ cumulative points fall below the forecast.

An over/under will sometimes come with odds. These odds complicate payout scenarios.

For example, suppose bookmakers forecast a cumulative score of 41 for an upcoming Steelers vs. Ravens game. They set the O/U at 41.5 to avoid a push (you can’t score a half-point in football). And based on an analysis of both teams, they set the odds at -115/+110.

Here’s how the bet would be presented:

Totals are often adjusted when bets become lopsided. As mentioned earlier, bookmakers prefer an evenly-balanced bet so they can count on making a profit from the commissions. Sometimes, however, bookmakers leave the totals unadjusted, preferring instead to apply odds that produce the same effect (rebalance the two sides).

Predicting accurate over/unders in football is based on team and player history. The problem is, there’s a limited number of games per season. It’s not like baseball or basketball where teams play several times a week.

That’s important to note because it means there’s a greater degree of uncertainty in NFL totals betting. As carefully as bookmakers set and adjust their forecasts, there’s often considerable variance between the cumulative points scored during games and the forecasted numbers. The limited number of games also makes it more difficult to accurately handicap the totals with odds.

This spells opportunity for the savvy over/under bettor!

For example, suppose you’re trying to decide between the over and under on a game with a forecast total of 37.5. While some games DO end with totals below 37, it doesn’t happen very often. Cumulative game scores usually end up higher. That means you should think twice before betting the under.

How To Use The Point Spread When Betting On NFL Totals

If a point spread is listed with a total, you can often use it to gain a slight advantage.

That’ll get you very close to Vegas predictions. You can then use that number to shop totals at various sportsbooks. You may find that a particular bookmaker’s forecast is off.

The Steelers are the favored team while the Ravens are the underdog.

Vegas predicts 41.5 points for this hypothetical game. So, we’re on target.

You’d then visit several sportsbooks to look for a total that varies from the number we calculated (41.5). For example, a sports betting site might list the Steelers vs. Ravens over/under at 39.5 (possibly in an attempt to balance out the two sides of the wager).

Betting the over in this scenario is likely to improve your chances of winning.

How Overtime Affects The Over/Under

If a game goes into overtime, any points scored during OT are included in the total. That can only be good news if you bet the over. It’s not so great if you bet the under.

Let’s use our hypothetical Steelers/Ravens game as an example. Suppose the 4th quarter ends as follows:

Given the tie, both teams will face off in sudden death (overtime). The first team to score wins.

Let’s say you had bet the under on 41.5. Overtime is bad news for you. Any points scored during sudden death will push the cumulative score (currently 40) above 41.5, costing you the wager.

But let’s say you had bet the over. In that case, overtime is great news for you. Any scoring event will cause the cumulative score to exceed 41.5, guaranteeing you a payout.

Bottom line: points scored during overtime count. Keep in mind, it’s not uncommon for NFL games to come within tying distance in the 4th quarter.

The following tips won’t guarantee you’ll win your totals bets. No one can make that promise. But they’ll help you avoid making terrible bets and thereby improve your overall odds.

Different sports betting sites often carry different totals. That often stems from the level of action on both sides of the bet. Remember, the totals are sometimes adjusted when the two sides fall out of balance. It pays to check several sites before deciding where to place your bet.

Most of the time, you’ll find that sportsbooks follow Vegas pretty closely in setting totals. But there are times when the numbers chosen by bookmakers vary from those forecasted by Vegas.

Trust the oddsmakers in Vegas. They have a lot to lose if they make bad predictions. 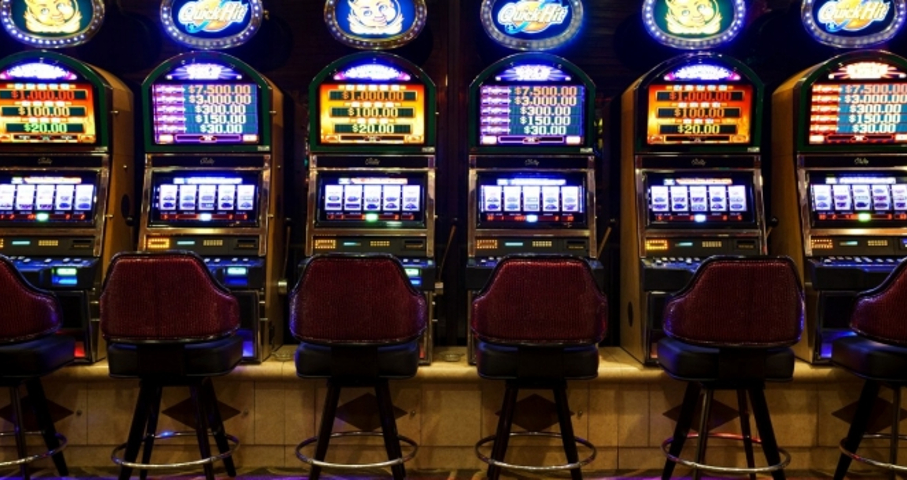 Trust the oddsmakers in Vegas. They lose big when they give bad odds!

Recall from earlier that bookmakers prefer an even number of bettors on both sides of a total. But that rarely happens naturally. In most cases, the sides become lopsided as bets are placed. Bookmakers must either adjust the over/under or apply odds to re balance things.

There’s opportunity in over/under adjustments. For example, if a bookmaker lowers the total to draw more people to the over side of the bet, consider taking advantage of the improved odds.

An NFL team’s performance last week will have minimal influence on their performance this week. Just because the Giants scored 50 points last week doesn’t mean they’ll do it again tonight.

Reviewing seasonal performance is important because it indicates a trend. By contrast, last week’s performance could easily be an aberration. It can’t be counted upon.

Some teams are more aggressive than others. They don’t merely want to win. They want to win by a huge margin. These teams usually have great passing games as they attempt to log TD after TD.

Other teams are more conservative. They want to win without taking unnecessary risks. Oftentimes, this means they forego high risk scoring opportunities for a more moderate approach.

It’s worth identifying which teams and coaches use an aggressive playbook and which use a conservative playbook. A conservative approach usually means fewer points scored, which will affect your over/under bets.

If you’ve never taken part in NFL totals betting, here’s what I recommend…

Visit a few of the top-rated sportsbooks on this list. Take a look at the over/unders for upcoming games. Choose the best ones in light of the totals predicted by Vegas oddsmakers. Then, put a little cash at risk and enjoy watching the games. It’s one of the simplest and quickest ways to get started in sports betting online.

Posted in Tutorials and tagged nfl, over under, wagers
Latest &Greatest