If you’re new to sports betting, you might be surprised by the number of different types of bets you can make. You’re not limited to betting on which team, player, fighter, or driver will win a game, match, bout, or race (respectively). You have many more options at your fingertips. 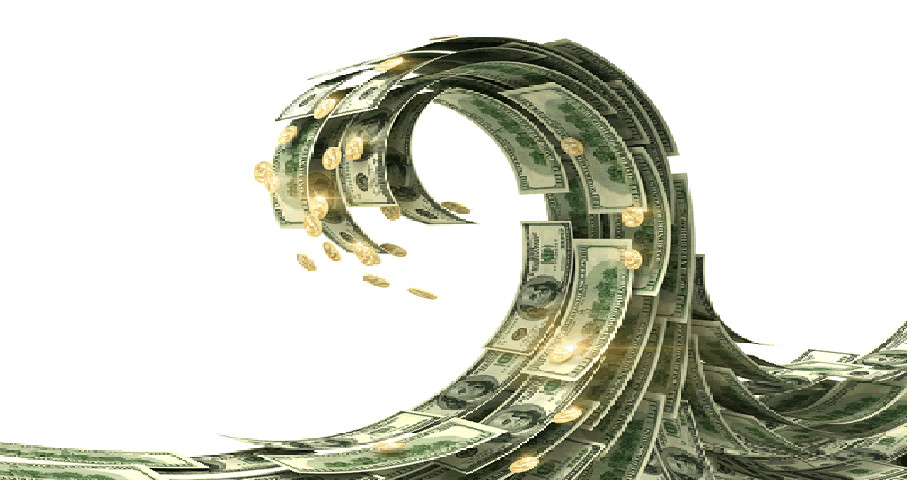 You’re probably familiar with money line bets. You might also know what totals are. But what about futures, accumulators, teasers, and pleasers? How about permutation betting and “if” bets?

Don’t feel bad if some of these sound strange. You’re not alone. Many experienced bettors are unfamiliar with them. But it’s worth learning about them if only to better appreciate your sports betting options.

This guide will lay everything out for you. I’ll take you through every type of sports wager you’ll come across, whether you spend time at Bovada Sportsbook (list of promo’s here), MyBookie, BetOnline, or any other sports betting site. With this tutorial in hand, you’ll never have to wonder how a particular type of wager works.

These bets look complicated to rookie sports bettors, but are actually very simple. You’ll see them offered on sports for which point spreads are all but immaterial. Examples include baseball, NASCAR, boxing, and tennis.

Having said that, most bookmakers will even offer moneyline bets on sports for which point spreads are important – e.g. football.

Of course there are moneyline bets on the Superbowl. Let’s go Falcons!

These bets are arguably the simplest to make. “Totals” and “over/unders” refer to the same type of wager. Rather than wagering on which team or player is going to win a game or match, you’re wagering on the cumulative points they’ll score during the course of the game.

Here’s how this type of wager works:

Suppose the Cavaliers and Kings are playing tonight. Rather than placing a moneyline bet, you can place an over/under bet.

The over/under isn’t always reflective of the cumulative number of POINTS scored. In tennis, you might see a totals bet offered based on the number of sets played. But the principle remains the same.

When people think of this type of wager, they usually think of it in the context of football. That’s understandable. Football point spread betting is practically a national pastime. That said, you’ll see point spreads used in other sports, from basketball to soccer.

Here’s how they work:

Every game or match has a favorite and an underdog. The former, of course, is expected to beat the latter. The question is, by how much?

The point spread forecasts this number.

Let’s use our hypothetical Cavaliers/Kings game as an example. Here’s how the spread might be listed:

You’re already familiar with the figures +140 and -130. They reveal the odds. Ignore them for now. Instead, take a look at the +/- 7. That’s the spread. The bookmaker is forecasting that the Kings will beat the Cavaliers by at least 7 points.

Parlays and accumulators are the same thing. Think of them as combined bets. Instead of wagering on a single event, you’re wagering on multiple events.

This type of wager is more difficult to win because each team you select must win its respective event. You need to forecast the outcome of the entire parlay with 100% accuracy.

A parlay can involve as few as two teams (or golfers, fighters, racers, etc.), or as many as 15. The greater the number of selections, the more difficult it is to win. Accordingly, a 15-team parlay will pay out far more than a 2-team parlay.

Futures betting allows you to place wagers on the outcomes of big events, such as the Super Bowl, NBA Finals, or World Series. You make your selection while the regular season is under way.

The earlier in the season you make a futures bet, the greater the odds are going to be. That’s because a lot can happen during the course of a season. For example, a starting quarterback might suffer a torn meniscus, which could dash his team’s chances of making the playoffs, much less play in the Super Bowl. A starting pitcher might tear his rotator cuff, shattering his team’s hopes of competing in the World Series.

Often called “prop” bets, these wagers are usually made just for fun. You hope to win, but don’t expect to do so.

You can bet on practically anything that might happen during the course of a game or match. Here are a few examples:

You get the idea.

The challenge with prop bets is that luck plays a huge role. It’s one thing to look at a team’s track record, analyze stats and match-up potential, and make an informed decision about their expected performance in an upcoming game. It’s another thing entirely to forecast how many 3-pointers a certain player will score tonight. There are too many factors that can affect that outcome.

Think of making prop bets in the same way you might think of investing in penny stocks. You make them with the hope that you’ll win. But you don’t EXPECT to win. They’re not like money line bets or point spread bets where research pays off.

Bovada is known for having the biggest number of Superbowl Prop Bets.

Teasers are more complicated than the bet types we’ve covered thus far. They’re a type of parlay in that you bet on the outcomes of multiple events and win only if all of the events turn out according to your forecasts. The difference is that you can shift the odds into your favor by modifying the point spread.

Here’s an example of how this works:

Let’s return to our hypothetical Cavaliers/Kings game, complete with its accompanying odds and spread.

Let’s say you want to bet on the Kings, 76ers, and Rockets to win. You can modify the spreads to your favor by wagering a 4-point teaser (4 points is common in basketball teasers). Were you to do so, the spreads would look like the following:

Notice that the modified spreads give you a a better chance of winning each individual game. The flip side of the coin is that you have to win ALL of the games for your teaser to pay out.

Teasers are a complex form of sports betting. There’s strategy involved with doing it well (I’ll cover teaser strategy in a future tutorial). For now, it’s enough to understand what they are and how they work.

This type of bet is most commonly offered on basketball and football. Like teasers, pleasers are a complicated form of sports betting. That being the case, use caution.

Pleasers, like teasers, are a type of parlay. But there’s one major difference between the two types of bets. While teasers give you an opportunity to modify the spreads to your favor, pleasers let you to move them in the other direction.

That is, out of your favor.

That, of course, makes pleasers more difficult to win. The upside is that you stand to receive a larger payout if all of your selections win their respective games.

Here’s how it works, using our 3-team hypothetical parlay from above

Again, let’s say you’re betting on the Kings, 76ers, and Rockets to win. You decide to place a 4-point pleaser, modifying the spreads as follows:

Notice that the modified spreads make winning the pleaser much more difficult. But if you DO win, the payout will be much larger.

This is another form of parlay betting. The big difference here is that, unlike parlays, you don’t have to accurately forecast the outcome for every event to win your bet. You stand to receive a payout even if you get one or more forecasts wrong.

Permutation betting allows you to mitigate the inherent risk in betting parlays.

Here’s how it works, using our previous 3-team parlay as an example
(I’ve removed the spreads and odds for the sake of clarity)

Let’s again assume you’re betting on the Kings, 76ers, and Rockets to win. In a parlay, all three teams must win for your bet to pay out. But with permutation betting, only two of your chosen teams need to win.

Here, you might bet the 3-team parlay, but add three permutations:

Even if your 3-team parlay implodes, you can still receive a payout if any of your three permutations occur. It’s like insurance.

This type of sports betting becomes increasingly complicated with the size of the original parlay. A 10-team parlay gives you a lot more options regarding permutations than a 2-team parlay.

These bets are based on the same principle as permutation betting. They’re a type of parlay with reduced risk. The reduced risk stems from the fact that you can come out ahead, (or at least minimize your losses) even in the event you make inaccurate forecasts.

This continues until the “parlay” is complete.

If your head is spinning, don’t worry. True familiarity with some of the more complex forms of sports betting comes through application. The more you do it, the more comfortable you’ll feel.

For now, recognize that these betting options are available to you. Think of ways you can take advantage of them (I’ll cover the “how to” details in future guides). You’ll find they add to the fun and excitement of sports betting, and with a little luck, can deliver a significant windfall!