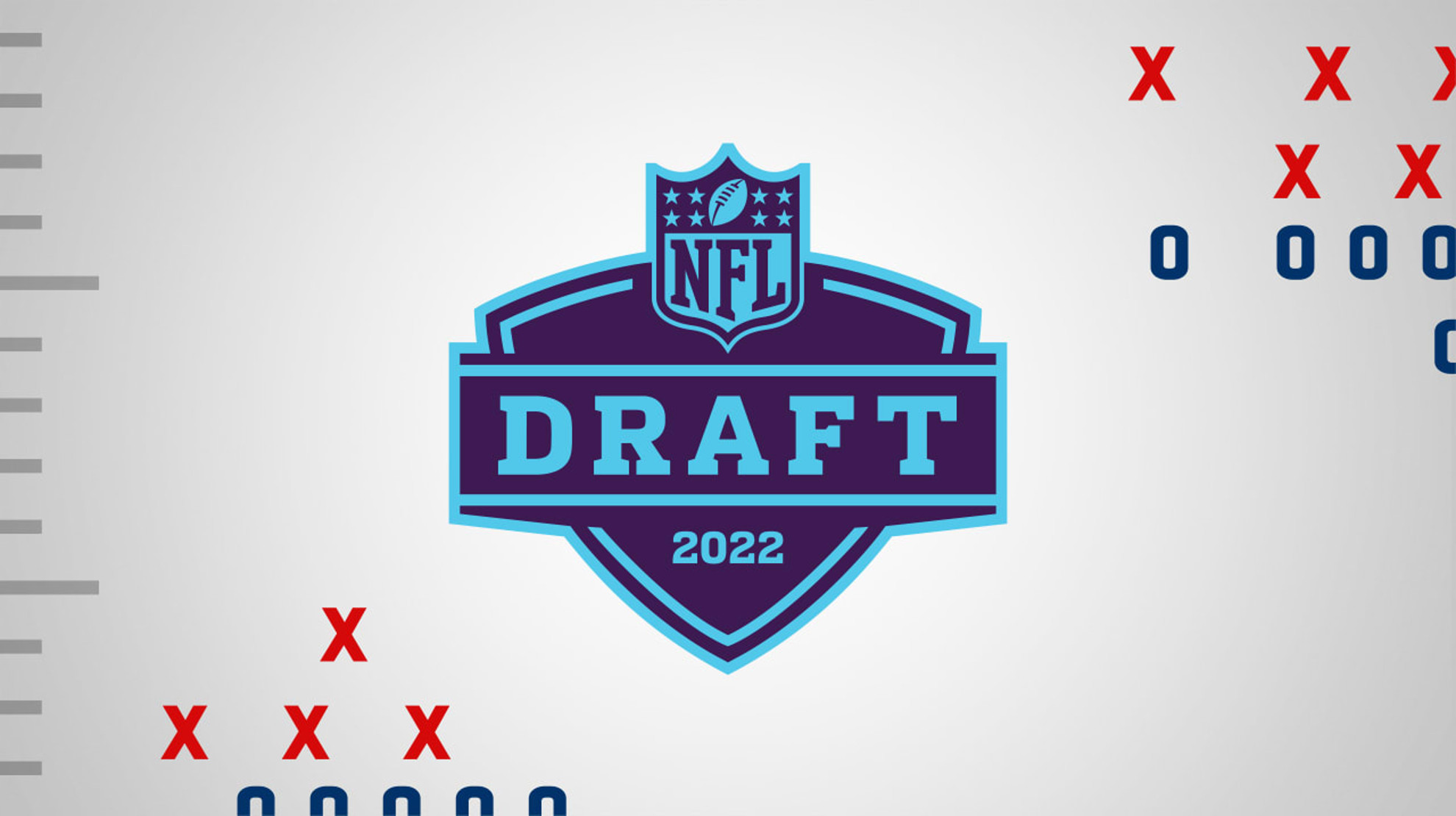 Every year, usually in April, one of the most exciting events of the year takes place: the NFL draft!

Did you know you can wager on the NFL draft on popular sports betting sites like Bovada?

In this post, we will tell you everything you need to know to get started with NFL draft betting. We will explain exactly how the draft works, how NFL teams make draft decisions, and give you some general tips and recommendations to make the most of NFL draft betting.

Below, you can see top sportsbooks online that are offering action on the draft. Past the recommendations is the full guide.

You can click on any of the links in this post to go to these sportsbooks and wager on the NFL draft.

When Can You Bet on the NFL Draft?

How far in advance of the draft you can find wagering opportunities depends on the site.

The draft has taken place in mid to late April almost every year since 1980 (earlier drafts often fell somewhere between November and January).

Occasionally, the draft takes place in May (which happened in 2014, for example).

So, check around the start of April to see what NFL draft betting is available on various sites. If you do not find it listed, try again a little later in the month.

Look for opportunities to bet on the NFL draft in April each year.

Where to Bet on the NFL Draft

What is the #1 US-facing sportsbook? For many years now, the answer has been “Bovada.” With the huge range of sports the site offers along with its great bonuses and reliable payouts, does not seem likely to change anytime soon.

Bovada is always great about offering wagering on special events. So, it comes as no surprise that this site offers NFL draft betting.

You can find NFL draft betting just by heading to the sportsbook section of Bovada’s site. It is under “Trending Events.”

You can also wager on the draft’s last pick, “Mr. Irrelevant.” While Bovada does not let you bet on specific athletes for this distinction, you can wager on what position Mr. Irrelevant will be (i.e. offense/kicker or defense/punter).

For the casino side of things, you can also get a $3,000 Welcome Bonus or a $3,750 Bitcoin Casino Welcome Bonus. Bovada also has a great rewards program where you can earn points for cash-back.

For a sportsbook with high betting limits, low betting minimums, and a great selection of sports, consider joining BetOnline.

To find NFL draft betting at BetOnline, you need to click on “Football” in the sportsbook menu. Then, read down the list until you find “NFL Draft.”

You should find a few categories of bets, including:

With the Draft Position bets, you are wagering on what position in the draft various players will end up at. These take the form of over/under bets.

The Teams bets are similar to what Bovada is offering, where you try and guess which position will be drafted first by different teams.

The NFL Draft Props may vary from year to year. As an example, here is what is available at the time I am writing this:

So, these types of bets are really specific, but also a lot of fun.

Like Bovada, BetOnline offers some great promotions. Upon signing up for an account, you can grab a welcome bonus of 50% up to $1,000 on your first deposit. The first time you deposit crypto, you also can claim a 100% Bonus.

One sportsbook we particularly recommend if you are looking for the highest caliber of customer service is MyBookie. When you wager with these folks, you also can look forward to a large selection of sports (and more) to wager on plus timely payouts.

Look under NFL in the sportsbook to find “NFL Draft Prop Bets.” At the time I am writing this, there is action on:

When you register to make your bets on this site, you can pick up a 50% Sports Welcome Bonus on your first deposit. Players who prefer a cash bonus, can claim 10% up to $200. If you are ready to reload your account, you can get a 25% Sports Reload Bonus up to $500. You also should grab the 150% Casino Bonus up to $750 if you are into playing slots and table games.

For those not in the know, on most lists where we feature BetOnline, we also feature SportsBetting.ag. The reason why is simple—both are owned by the same company. So, what shows up to wager on over at BetOnline is typically offered at SportsBetting.ag too!

Navigate to the NFL section in the sportsbook, then click on “NFL Draft.” You will find action on:

Bonus offers at SportsBetting are also similar to what BetOnline offers. Is joining both redundant? Not really – you can grab twice the bonuse!

Our recommended crypto sportsbook is Cloudbet. Unlike a lot of other sites on this list, Cloudbet is aimed exclusively at the crypto market.

Cloudbet does offer NFL draft betting. At the time I am writing this, all I am seeing is a prop for the 33rd Overall Pick. Since we are already in the middle of the draft, it is possible they were offering more earlier, or will post additional wagers later.

In any case, Cloudbet offers one of the biggest and best promotions in the whole world of online sportsbooks – a Welcome Bonus of up to 5 BTC! So, there is no time like the present to grab it.

And don’t forget that before the games actually start to take a look at “The Best Places to Bet on the NFL in 2022“!
And one more thing – We mentioned BetOnline up there. Did we mention that you can get a Lifetime Reload Bonus when you use the promo code LIFEBONUS? It’s true!

How the NFL Draft Works 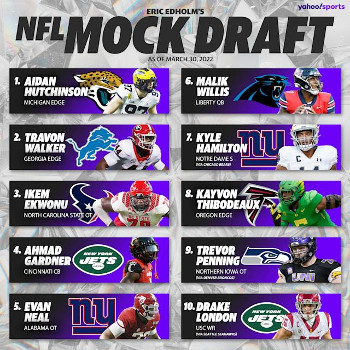 Just a little mock up action to get you in the mood for some football!

Now you know where you can wager on the NFL draft. But before you can place smart bets, it helps to understand the basics of how the draft works.

First of all, let’s put a little context around the draft. The draft is not the only way that teams recruit players. There are two other options:

So, when you are trying to predict what will happen in a draft, you need to be aware of the other steps teams take to get the talent they need outside of the draft.

The NFL provides a detailed overview of the rules of the draft here. Let’s go over the basics.

There are seven rounds in the draft. At times in the past, there were different numbers of rounds.

Every club participating in the draft is able to get one pick per round.

Naturally, the teams that get the earlier picks have an advantage, since they have a better chance at getting the talent they want.

The NFL explains, “The order of selection is determined by the reverse order of finish in the previous season. Barring any trades between clubs, each round starts with the team that finished with the worst record and ends with the Super Bowl champions..”

The NFL continues, “Teams that didn’t qualify for the playoffs are assigned draft slots 1-20. The order is determined by the standings at the end of the regular season: The club with the worst record will pick first, and the one with the best record will pick 20th.”

In other words, teams are actually rewarded for doing poorly, which is why sometimes teams that are struggling during the season will make the decision to “tank.” They will play less than their best in the hopes of getting a better draft pick spot.

This is pretty much the opposite of the system used in soccer across the pond, where teams that do poorly risk being relegated at the end of the season.

There is a specific schedule for the rounds, and each team receives only a certain number of minutes for each of their picks. If the clock runs out, the team in question will have to wait and try again later.

Teams do not have to use their assigned draft positions. They can, if they prefer, trade them to other teams. This type of trading can be ongoing while the draft is live.

You can learn about all of these different rules for the NFL draft at the linked page in more detail, along with more specific information for every aspect we just discussed.

The teams that finish worst for the NFL season get the first picks in the draft, and vice versa. Be sure to check out all the specific rules of how the draft works before betting.